We believe that the Holy Bible is the Word of the living God: true, immutable, steadfast, in whom there is no variations neither shadow of turning, as its author, the Almighty God; that was written by holy men of old who were inspired by the Spirit of God to give an account of the goodness of our savior Jesus Christ. We believe that there is a hell which was prepared for the devil and his angels, and for those who would be unprepared and uncovered by the precious blood of our Lord and Savior Jesus Christ. 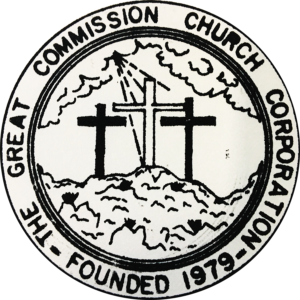 We believe in the Father, the Son and the Holy Ghost. The Eternal Godhead.

The Father: Who gave His only Son that whosoever believeth in Him should not perish but have everlasting life. Who loved a dying and unsaved world.

The Son: Who is the only begotten Son of God, who was crucified, died and was buried. Who after three days in the grave, rose again from the dead, to become the first fruits of the resurrection from the dead. Who after taking on the flesh of man as the eternal perfect sacrifice for every man, woman and child, that whosoever would have faith in Him; sat down at the right hand of the Father, to make intercession for you and me.

The Holy Ghost: The Third Person of the Godhead, the Comforter, the Reprover, the Speaker of that which He hears and not of Himself. Who baptizes and endues with power from on high that we might be prepared for the great and terrible day of the returning of our Lord and Savior Jesus Christ.

We believe that there is Salvation in Jesus Christ and none other. For it was Christ who was offered as the perfect sacrifice, once, for all, for the just as well as the unjust.

We believe that this Salvation is perfected by the Grace of God, in sincere repentance, godly sorrow for sin and a whole-hearted acceptance for the Lord Jesus Christ, that we might be justified by our faith in Him whom we have never seen.

We believe that water baptism is necessary for every believer, not the putting away of the filth of the flesh, but the answer of a good conscience toward Him who loved us first.

We believe in the Eucharist as the divine ordinance for every born again believer.

We believe in the baptism of the Holy Ghost as the infilling that every born again Christian, should experience as he patiently waits for the power from on high, as was experienced by the waiting disciples at the Day of Pentecost.

We believe in the gifts of the Spirit; wisdom, knowledge, faith, healing, miracles, prophecy, discernment, tongues and interpretation.

We believe in the fruits of the Spirit: love, joy, peace, long-suffering, gentleness, goodness, faith, meekness and temperance, which should be used accordingly, as the evidence of a spirit-filled life.

We believe in Divine healing that we might perform the works of Jesus Christ not being limited by the will of men, that God heals today as He did yesterday.

We believe in the words of Mark, author of the second book of the New Testament, who repeated the Words of Christ when He said, “God ye into all the world and preach the gospel to every creature, he that believeth and is baptized shall be saved; but he that believeth not shall be damned! And these signs shall follow them that believe; In my name shall cast out devils; they shall speak with new tongues; they shall take up serpents and if they drink any deadly thing, it shall not hurt them. They shall lay hands on the sick and they shall recover”.

We believe that Jesus Christ is coming again and it shall be a bodily appearing so that every eye might see Him at His appearing.

We believe civil government to be Divinely appointed by God, to all, that governors and rulers should be prayed for, obeyed and upheld at all times, except only in things opposed to the Will of our Lord Jesus Christ.

We believe there is a final judgment for all men. Those who have believed, to rewards that the Father has prepared for them that love Him. To the non-believer, a reward of shame and ever-lasting contempt, sorrow, un-forgiveness and wantonness.

We believe that Heaven is the reward of those who have kept the blood of Jesus applied to their hearts and lives, while they walked in the temporary world that God allowed them to enter into and that it is the habitation of the true and living God.

We believe that Evangelism is the soul-winning occupation of every person who would testify that life is in Christ and none other. There is nothing more important that should occupy the minds of born-again believers than to go and win souls for the kingdom of God

We believe that God ordained every believer to tithe and give offerings, that we might sustain His ministry and spread the Gospel to every creature. The scripture says in Malachi 3:10: Bring ye all the tithes into the storehouse, that there may be meat in mine house and prove me now herewith, saith the Lord of Hosts. If I will open you the windows of Heaven and pour you out a blessing, that there shall not be room enough to receive it. We must give unto the needs of the ministry. II Corinthians 9:7: Every man according as he purposeth in his heart, so let him give, not grudgingly, or of a necessity: for the Lord loveth a cheerful giver.